This is the eleventh event in this Food Talks series! Come join us to meet and mingle with other foodies, and to hear some enlightening speakers from the food community.

Theme: Innovation in our Food Community

1) Innovating when they started their business 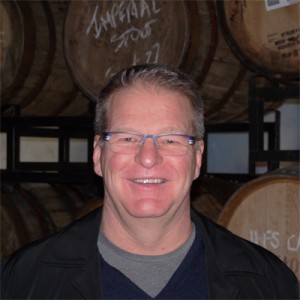 Ken’s passion for the beer industry began in British Columbia in 1987 when he was hired as a summer student with Molson Breweries. Ken spent 10 years with Molson beginning his sales career in Northern BC and finishing his tenure in Downtown Vancouver. In 1997, an entrepreneurial opportunity in the beverage industry was offered and Ken entered into a three year role as the general manager of a 30 room boutique hotel with a 150 seat liquor primary license in New Westminster.

In 2000, Ken was offered the first district sales manager role for Sleeman Breweries in Western Canada. The opportunity to represent and sell a brand portfolio that included international, national and regional brands that made up the Sleeman portfolio was the next logical step in Ken’s experience. As the provincial manager from 2009 to 2012 Ken oversaw all aspects of the sales process for both the retail and on – premise channels for British Columbia.

Ken is now combining his passion, experience and evolution in the beer industry to pursue his entrepreneurial desire by owning his own company, Eureka Beer Guide, which represents Prud’homme Beer Certification®, Canada’s leading beer training program. This multi-level beer education course has something to offer to everyone from the beer aficionado to the hospitality professional. This opportunity empowers Ken to combine his love of beer, his industry experience and his leadership skills to both industry and non- industry beer enthusiasts.

As of July 2013, Ken is the Executive Director of the British Columbia Craft Brewers Guild, which represents half of the 70, owned and operated craft breweries and brewpubs in BC. These artisans produce and promote premium hand crafted beers that are truly BC and showcase their talents to the world. 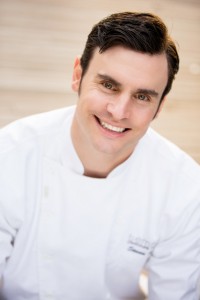 Steven Hodge grew up in Dundarave. After graduating from West Vancouver secondary high school, Steven spread his wings and moved to California to attend Whittier college, graduating with a bachelor of arts degree in business administration in 2000. Realizing his undeniable passion for cooking, he went on to complete the le cordon blue program at the California school of culinary arts in Pasadena in 2002. Specializing in none other, than pastry and chocolate.

After spending eight years in California, completing his apprenticeship at Dominic’s Restaurant in West Hollywood, Spago Catering, and Porto’s Bakery. Steven moved back home to Vancouver in 2004, where he assumed the executive pastry chef position at coast restaurant, part of the global group.  Constantly striving to better his craft, Steven then decided to apprentice with the sugar art team of Patrice Cordier and Dominique Jerry in 2005. Soon after, with a taste for adventure, Steven and his wife Lara moved to London England where he spent three years working in some of the world’s most renowned restaurants; Le Caprice Restaurant, Gordon Ramsay’s 3 Michelin star restaurant, Royal Hospital Road, and the famous, Wolseley Restaurant.

In 2008, Steven and Lara returned home to Vancouver, where Steven was given the opportunity to work alongside renowned pastry chef Thomas Haas. He spent four and half years fine tuning and perfecting his skills under the guidance of Thomas.

In 2014, Steven opened Temper Pastry in Dundarave. Using only the highest quality of ingredients, temper offers the richest, handcrafted chocolates, flakiest pastries and melt-in-your-mouth desserts, as well as a selection of gourmet sandwiches, quiches, and roasted Stumptown coffee. 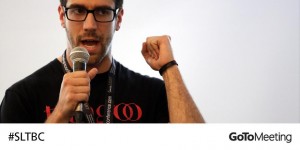 Paul is the CEO and Co-Founder of Tangoo, the pocket concierge app that recommends a personalized list of restaurants and venues tailored to your mood and occasion. After an inspiring study exchange semester in Barcelona, he started working on Tangoo – a brand about empowering people to better connect with one another through real world social experiences.

What started as a school project on his exchange, evolved into a social dining events company that ran over 30 events in 18 months, engaging over 1500 people and inspiring 25 media appearances on the likes of CTV, Global TV, CBC Radio, The Globe and Mail, Vancity Buzz and other local and national media publications.

The Tangoo concept evolved once more after an overnight epitome caused Paul and his team to rethink the concept and adapt it to the rapidly growing tech industry. It was before a 300-person Pitch Day at Launch Academy where Tangoo competed against 20 other startups. To their delight, pitching the new back of napkin concept won the judges over and awarded Tangoo first place.

Since Tangoo’s Pitch Day win, they roared ahead with a new team and product. The new idea was recently pitched at the CBC’s Dragons’ Den auditions in the late winter and was called up to pitch on the show in April.

There has been a great reception to the concept by dining establishments with many participating on the new platform. These include the likes of independents such as Vij’s, Chill Winston, Pidgin, Revel Room, and top restaurant groups such as Heather Hospitality Group, The Glowbal Group, and Thai House Group. Foodies and proprietors can get in on the action and Download Tangoo’s Free iOS App 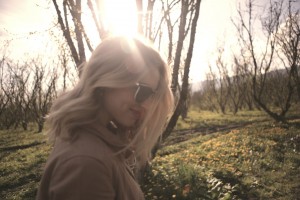 Lauren Elbe is a personal trainer and the creator of the Nuez Beverage Co. a Vancouver based brand that makes organic, fresh made, preservative free almond and hazelnut milks. After her first bite of a European tomato, Lauren began to question why conventional grocery store food was so lacklustre. Lauren has studied holistic nutrition and has become passionate about local food and what “good” food means for flavour, our health, our communities and the environment. “I dream of a world where food can just be food. Where I don’t need to analyze the ingredients list of a product to try to decipher if there are ingredients that aren’t going to serve me, a world where food is made in kitchens and not laboratories.” 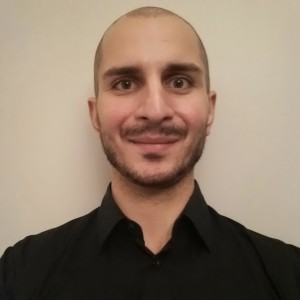 Yashar had a whirlwind 2013 when he founded Yummus Organics and became a Director @thisopenspace (formerly Chinatown Experiment) in a short span of two months. He used thisopenspace as a marketing tool for Yummus, opening ShwayShway Café, a pop-up inspired by the Middle Eastern eatery where he tried hummus for the very first time only four years ago.  He comes from a diverse background, holding a BSc in Biochemistry and a BBA in Marketing from Simon Fraser University. Yashar left his career in corporate telecomm sales less than a year ago to pursue his entrepreneurial spirit. He is inspired by the absolutely transparency of companies such as the Unreasonable Institute’s Failures and Mixed Made’s Startup Journey. His goal in impacting local food culture is to embrace the same micro transparency at Yummus Organics and inspire local food entrepreneurs to do the same.

The Evening: Enjoy a cup of coffee or tea by Lost + Found Cafe followed by a wonderful line-up of speakers who will talk about themselves and their passion related to the food community.  There will be a Q & A where you will have a chance to ask questions and engage with the speakers along with a chance to mingle and network with the speakers and guests afterwards (*Wine and other beverages along with food will be available for purchase).

This is the nineth event in this Food Talks series! Come join us to meet and mingle with other foodies, and to hear some enlightening speakers from the food community.

Theme: Sustainability in our Food System.
— What does local mean?
— How much do you want to tell your customer about sustainability issues?
— Protecting the farmland
— Quality, taste & local
— Politics at play

Andrea is a graduate of the Dubrulle Culinary School, where she honed her culinary skills under Executive Chef Rob Clark at C Restaurant, first as a pastry chef and later as Sous Chef. From C, she moved to Victoria to work at the Sooke Harbour House with its famed edible landscape. Andrea Carlson has garnered the Prestigious Green Award from Vancouver Magazine. When she was at Raincity Grill, she was the first chef in town to feature a 100-mile menu; she has worked as the Executive Chef at Bishops Restaurant, as well she helped launch the city’s compost program by composting with the mayor.

Owner of Chilcotin Harvest and Pasture to Plate

The abattoir and butchery component of Pasture to Plate, B.C.’s first vertically-integrated organic grass-fed meat operation. The pond and patio are frontage for Kinikinik, the general store and restaurant sells and serves meat from Rafter 25 Ranch, which has been owned and operated by Felix and Jasmin Schellenberg since 1979.

Peter Ladner is author of The Urban Food Revolution: Changing the Way We Feed Cities. He is a former Vancouver city councilor, Metro Vancouver vice-chair and business owner. He is currently a weekly columnist at Business in Vancouver newspaper, which he co-founded in 1989. He also writes for Seattle-based crosscut.com. He blogs at Urbanfoodrevolution.com.

From 2009-2011 he was a fellow at the SFU Centre for Dialogue researching, teaching and organizing public events around the theme Planning Cities as if Food Matters. He has grown food in his own gardens for 35 years, most recently on what used to be his front lawn. As a city councilor, he worked with the Vancouver Food Policy Council in initiating the city’s program to add 2010 food-producing community garden plots by 2010.

Peter has more than 40 years of journalistic experience in print, radio and television and is a frequent speaker on food, business and community issues. He has a BA from UBC and completed a year of graduate studies at the UBC School of Regional and Community Planning.

At FISH we are all about great seafood, sustainably sourced. We love selling seafood and we do it well. You can find our seafood at our store, at any one of the many fine restaurants we supply and in several of the large retail chain stores across Canada. We  have challenged ourselves to be the best in the business and we continually strive towards this.

Susan Davidson, of Glorious Organics Co-op ( http://www.gloriousorganics.com) in Aldergrove, is an organic farmer and passionate eater of all things local. She has been active with the Vancouver Farmers Markets for fourteen years  as a vendor and on the Board and Vendors Advisory Committee.  She is devoted to helping grow  a thriving  Farmers Market  in Langley.

The Evening: Enjoy tasty appetizers and desserts by Lost + Found Cafe followed by a wonderful line-up of speakers who will talk about themselves and their passion related to the food community.  There will be a Q & A where you will have a chance to ask questions and engage with the speakers along with a draw for prizes (*Wine, beer, and other beverages will be available for purchase).

Advance Tickets: $15 per person before September 21

Regular Tickets: $21 per person after September 21

Note: Eventbrite fee and gst is extra on all tickets purchased online.

.– A donation of $3 from each ticket purchased will go to support Growing Chefs.